As has been touched upon many times, the subject of women on bicycles was one which caused continued controversy and debate during the 1890s. Their riding styles, the clothes they wore, and indeed whether they should cycle at all, filled up column inches in both the cycling, and the national press.

To resolve this final question once and for all, in 1896 the women’s periodical, Hearth and Home, decided to write to a wide range of prominent individuals, asking for their opinions on the question ‘should women cycle?’

These ‘prominent individuals’ were listed as including, ‘leading members of the Church, the Medical Profession, the Services, and the House of Commons’. Other than perhaps doctors, at first glance it is somewhat unclear as to how much insight Archbishops, Military Officers and M.P.s could provide into this question.

However, by seeking the opinions of these individuals, what Hearth and Home was really asking was something along the lines of, ‘is cycling a socially acceptable pastime for women to participate in?’ By having the Archbishop of wherever answer in the affirmative, Hearth and Home’s female readership could take to their wheels safe in the knowledge that cycling was a respectable, suitable activity for them to engage in.

Whilst it can be celebrated that most of these answers were of a positive nature, the fact that they were all coming from men, and the emphasis they gave to women cycling in a ‘fashionable’, ‘moderate’ and ‘graceful’ manner, highlights how both the position of women in society, and understandings of appropriately ‘feminine’ behaviours more generally, were very much removed from our own during this period. As the not-so discretely titled ‘Major-General Harcourt Bengough’ put it, ‘by all means ride, but if you cycle, cycle well.’

Finally, if anyone knows of any current school of medical thought which states that, ‘the physical perfection and nervous dexterity of our limbs react favourably on our intellect and moral character’ then I’d love to find out more!

The beginning of the article, and a selection of the responses, are listed below.

Thinking that our readers would like to know the views of people of authority on the all-important question, ‘Should women cycle?’, we sent letters to leading members of the Church, the Medical Profession, the Services, and the House of Commons, asking their opinions. The number of replies we received was very gratifying, while on the whole the verdict was decidedly in favour of the popular pastime.

Mr George Wyndham, M.P., is distinctly an advocate of cycling, when done in moderation, and we commend the sound common sense of his views,

‘You ask my opinion on ‘cycling for women’. I think it is a healthy exercise, and, when mastered, a graceful accomplishment. It is certainly exhilarating, and useful for developing self-reliance and dexterity. If, as some schools of medicine hold, the physical perfection and nervous dexterity of our limbs react favourably on our intellect and moral character, then cycling must have a high educational value.’ 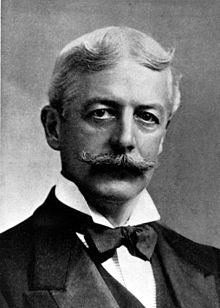 Colonel A.C. Welby, M.P., evidently believes in cycling as a healthy pastime, but is in favour of moderate dress,

‘I am afraid, as a bachelor, I cannot claim views which are likely to be of any interest to others. It seems to me that in country districts, and where women have a long way to their work, cycling is an exercise, or a means of locomotion, both cheap and invigorating. Whether the riding is physically advantageous I must leave to doctors to decide.

When ladies in London parade up and down to look smart and attractive, I often think that if mirrors were arranged alongside, so that they could see the very ungraceful and inelegant position which, especially in wind, cycle-riding entails, they would go straightaway home, and never ride a cycle again for show.’

The Bishop of Bath and Wells is very decidedly in favour of the pursuit with certain restrictions, and,

‘Thinks cycling good for the health, good for the temper, and a good kind of amusement for men, women and children; but its practice by women should not be with a view to racing, nor in unfeminine dress, and never with disregard to the rules of the road.’ 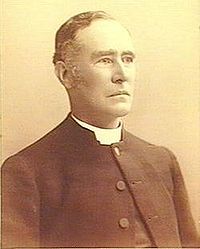 George Kennion, Archbishop of Bath and Wells in 1896

Among the opponents of rational dress for cycling is the Dean of Salisbury, who writes:-

‘My views on the subject of ‘cycling for women’ are hardly worth your notice. I cannot say I entirely disapprove of what may be a necessity almost for some who cannot drive or walk, but I think caution as to the effect on health is highly desirable. That ‘cycling’ should be common in large towns I think would be, as indeed has been seen, hardly possible from the fear of accidents. But wherever and whenever practiced I deprecate the possibility of the adaptation of any dress not entirely feminine. It seems to me that we are in danger of a fashion for male attire on the part of ladies, which may injure the true position of women in the world.’

‘Injuring the true position of women in the world’. Source: http://www.fashion-era.com/rational_dress.htm

‘In the early days of cycling I confess I sided with the large majority of men and women who refused to believe that cycling would ever become a popular recreation with English ladies. In its early days it had many difficulties- prejudices if you will- to be overcome. There were difficulties as to becomingness of costume, fears as to the possibility of a graceful deportment on wheels, doubts as to the propriety of riding about unattended, and there were questions as to the effect of cycling on the health.

The pioneers of the movement, too, were not generally those recognised by society as empowered to introduce new fads. A bulging skirt, a crouching and too solid figure, a florid headdress surmounting a spectacled and somewhat over-earnest countenance, these were not traits to attract a huge number of votaries.

But all this has happily changed- youth, beauty and fashion have taken cycling by the hand, science and skill have been called in as allies, and the result is a fascinating and health-giving pastime. It is surely a pretty sight, that of a young girl confident in her skill, confident in her costume, floating along with a movement which partakes something of flying, something of skating, erect in her seat as a dragoon, supple as a willow branch. To those who hesitate to follow the fashion, I would say, ‘by all means ride’, but I would add this caution, ‘if you cycle, cycle well’.

‘That cycling is a very desirable accomplishment for women, so long as not carried to extreme limits. Women often appear to advantage on bicycles, and can sit up gracefully on the saddle; while men on the other hand, most frequently appear at a disadvantage, on account of their stooping too much.

‘Sitting up gracefully on the saddle’. Source: https://witness2fashion.wordpress.com/2014/07/16/women-warned-about-bicycle-face-in-the-1890s/

By bicycling, women who have for years been restricted to a neighbourhood of a radius from two to three miles can now extend this area to a radius of eight to ten miles, and have an opportunity of seeing the country when living in town. Bicycling has thus placed poor women on an equal footing with rich ones in a most important particular- getting fresh air and exercise and seeing new scenery. Bicycling will add to a new interest to life, and bring God’s lovely earth to the doors of thousands of women in poor circumstances who would otherwise see nothing but streets and squalor each day.’

To end up with, we give the opinions of that charming writer, Eden Phillpotts, containing as they do sterling common-sense with a sly dash of humour,

‘I approve most heartily of bicycling for anything with a liver, and to deny that the sex shares with us the responsibility and anxieties of that weird organ would be false modesty. Let our maidens ride by all means, and our wives and mothers and grandmothers if they care to risk it. Any women corporeally fitted for the pastime has a right to appear on a bicycle. Those who ought not to ride and do, truly make a judicious spectator sad; but even in the most grotesque cases I blame the relations of the performer rather than the lady herself.

Bicycling has a tendency to keep women out of the shops, which is another subtle advantage. Again, a bicycle is at once far cheaper and healthier than a sealskin jacket. Let man once grasp this great fact, and any remaining paltry prejudices will vanish into limbo.’

Eden Phillpotts, a man who could combine ‘sterling common-sense with a sly dash of humour’. Source: http://www.ebooks-library.com/author.cfm/AuthorID/775